Flagstaff and Mormon Lake After Dark 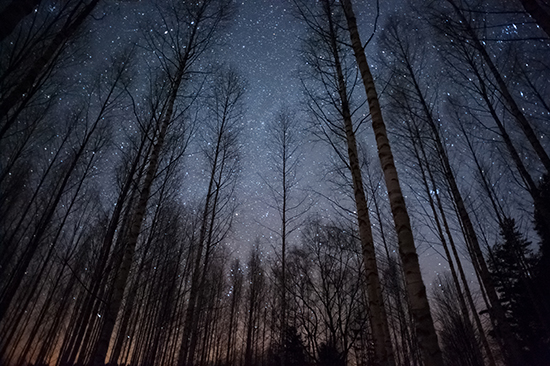 Flagstaff has always been a popular summer destination for Southern Arizona residents looking to get out of the desert heat. In recent years, the area has seen a boom in tourists from across the country. Earlier this year, Governor Doug Ducey and Arizona Office of Tourism Director Debbie Johnson announced that statewide tourism was up last year, with hotels and lodges seeing the greatest increase in revenue.

It’s no surprise that Northern Arizona’s travel numbers are heating up. Flagstaff offers an abundance of daytime activities, from horseback riding and hiking to seasonal festivals. There’s always something to do nearby – even at night when parks close, trail rides end, and downtown boutiques flip their “closed” signs. If you’re looking for fun after dark, here are three of our favorite nighttime activities in and around Flagstaff.

Summers at the Saloon

The mouthwatering smell of grilled meats greets visitors at Mormon Lake Lodge’s Steakhouse and Saloon. One of the state’s few open-pit restaurants, the steakhouse dishes up savory chicken, steaks and burgers cooked over native mesquite wood. It’s a great nighttime pit-stop (pardon the BBQ pun) for weary road-trippers. Guests can also book an overnight stay at one of the Lodge’s western themed cabins or in the RV Park. In the summer months, pop by the saloon for live country two-step dancing on Friday and Saturday nights.

Dining is the number one activity for Northern Arizona travelers, according to the Flagstaff Convention and Visitors Bureau. In 2015, 63% of visitors reported eating in Flagstaff; the next most frequent activities were shopping and nostalgic stops along Historic Route 66. Most local breweries stay open until at least 10 pm, if not last call. If you’re in the area past dark, check out the beers on tap at Lumberyard Brewing, Beaver Street Brewery, or Flagstaff Brewing Company.

Officially designated the world’s first International Dark Sky City, Flagstaff limits light pollution in part to allow for better nighttime stargazing. Many constellations can be viewed here with the naked eye. For a deeper dive into astronomy, check out Lowell Observatory’s observer telescopes and exhibits. The Steele Visitors Center and viewing areas are open until 10 pm Monday through Saturday, leaving plenty of after-dark time to check out the stars. The Mormon Lake area tends to be darker and quieter than the city proper. Set out a blanket or sit in your convertible outside the lodge for a romantic night under the Northern Arizona sky.

While Flagstaff starts going dark – literally – after 9 pm, the fun doesn’t stop there. With tourism soaring, bars and clubs stay open late to welcome tourists. Also look for live music at venues like The Museum Club and Orpheum Theater, the latter of which also hosts movies, comedy shows and open mic nights. Experience nightlife in the City in the Pines, then head back to the peace and quiet of Mormon Lake Lodge for a peaceful night’s sleep.